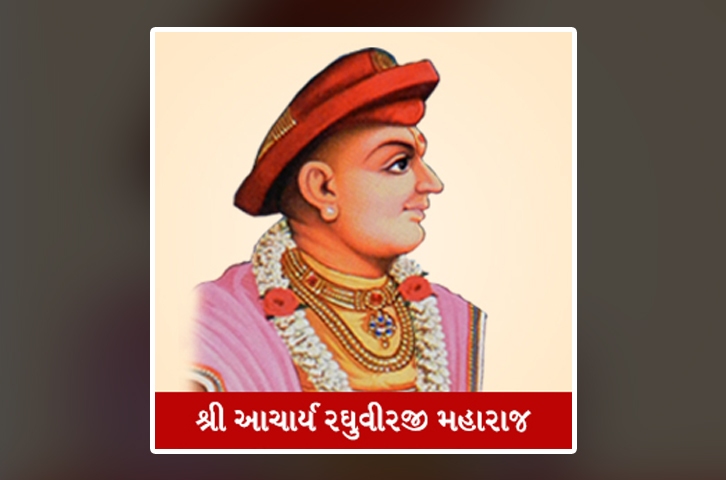 P.P.H. 1008 Shree Raghuvirji Maharaj Shree Lakshminarayan Dev Vadtal sat on the holy day of Kartik Sudi Ekadashi on the throne of the nation 188 R. He was the fourth son of Shreeji Maharajs younger brother, Ichharamaji. His birth 186 6 was born in a village called Ambalia in Uttar Pradesh. He had studied Sanskrit right from his childhood. He used to take advice from SG Shree Gopalanand Swami in all the activities related to the sect.

His wife, Akhaurasitha, did not get married again even though he did not have a child, and he took an intense, unselfish brahmacharya vowat. They were continuously observing the image of Shriji Maharaj in all three stages.

Maharajshris life was very simple, very simple and worthwhile. They were indebted to the Sadhu-Saints. Once a sadhu gets a fever and fast for five days. When fever came, he wanted to eat breadcake, but because there was no facility for him at night, his servant came to Sadhu Acharyashri and showed the need for flour, but Maharaj realized that he made preparations made of flour rather than giving flour. So make yourself a spice of rice on his chela and with his own hands, came to the monk and fed a loaf of bread.

Maharajshri has established a large number of temples in villages like Bharuch, Surat, Karnali, Manavadar etc. He was a student, so he spent a good time on Periodin Swadhyaya. He has created a Sanskrit book titled "Satumalactika" and "Durgapuramahatmya" on the Parivani "Hariwakya Sudhindu" of Shriji Maharaj.

The person who gave his life to the poetry of virtue with the words of virtue, dedicates the credit of satsang to the goddess Sapma.