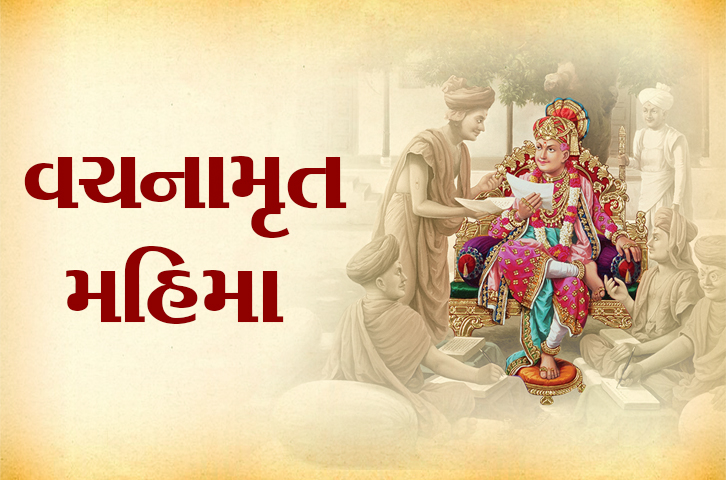 Lord Parvavani of Lord SwaminarayanrnLord Shree Swaminarayan and Paramhansos spiritual gothirnPure devotees of God SwaminarayanrnSimple teaching of profound philosophy ...rnSimple guide to the road to complex sadhanarnDeep study of the spiritual elements of the spiritual andrnSignature submission-rnAmritdarrnShital chants of peacernrnSaurvvatari Lord Shri Swaminarayan, 500 Paramahansa Nand saints, with compassion and compassion, passed on this earth and drew the path of extreme welfare. Self-motivating moksha system, Yavakandhivaravakra has created formulas so that it remains unconcerned. Shikshapatri also guarantees the achievement of achikamushmi achievement, and also establishes the form of self-evolving forms.rnrnIn order to keep Muktukta united, the meaning of "Vacharatruti". According to the promise of Goddess Jagatats, by the birth of birth offerings in the religious rituals, Shri Satyarthi satisfied himself. This book, written in the Moksha of the promises of this promise, is the summation for Lakshya Lakshya achievement. Purn Purshottamnarayan himself has created the wonderful identity of his own inspiration in this book. Mr. Hari, who has held the meeting like a decorated moon, from the constellation, has said these words by identifying his form: "The supreme Lord, the highest God, is doing the same kindness by doing the same kind of love that has been revealed to the world for the welfare of living beings. It is your heart, and your service accepts. Whatever the absolute Purshottam Bhagwan is about in his form and about Akshardham, which God has no distinction in his form. It is the same as the two. "" And the one who is God, by doing kindness to Him, the very prakamatmana of the world is acting in its proper place in the sight of all the surreal ... for the Akshardham, which is the idol about it. The statue is real, there is no difference between the two. "That which is the poison idol of the brightness, this is the real maharaj, know that" "and that is about the brightness of Lord Vishudeva, Continuation remains intact, and the same person thinks of the existence of the universe in the form of a human being through the use of a divine idol of lifes welfare;rnrnSadguru Varya Shree Muktanand Swami, S.G. These words of Shri Amritdhaaradha from the beginning of the epithets of Akshar-Mukta like Gopalanand Swami are resolving the distance between the devotees till the Yugauganta. This parabrahman, inspired by the attachment of attachment, illusion and death, is the evergreen worship of the Lord.rnrnVachanamrut means Vachanmrit ... Shri Vivekanand Swami is the permanent form of Shree Sarvavatari Shree Hari Kripa Saratya ... This is not a word of scholarly statement that the Shastri prediction or the conquest of the Vaivanti is the culmination of this ... This intellectual exercise, Pragnya is not a talent, not eating rootless japa, being a self-realization of tapa vrata, and sitting on the pillar of experience, yoga The unexpected intellectual miracle of AI ... Oops! This is not the speech of Paramhans who are realizing this Paramatma. This is Paranamma (Self-realization) of Paramatma.rnrnThis Vachanamrut, like the spiritual ambrosial mine, is the elixir of the spiritual literary poem. Without which the math is found. That is why Shreejis grace is called Karmic.rnrnFrom the regular reading of Gnan-Sartas song of Vachanamrut, Bhanbhakti of Bhakshna, the knowledge of the Gnani and the realization of the soul-paramatma, can be made direct to the soul-parmatma rational element. During the study of this book, not only the letters written on paper, but the reality of the liberation, is seen in the dialectical language, ie the picture of the Self is seen in the picture. The miraculous power of showing the reader as well as in reality is inherently full of truth. Therefore, it is not wrong to call this scripture a mirror of a seeker. It will be learned to read the scripture and read the soul.