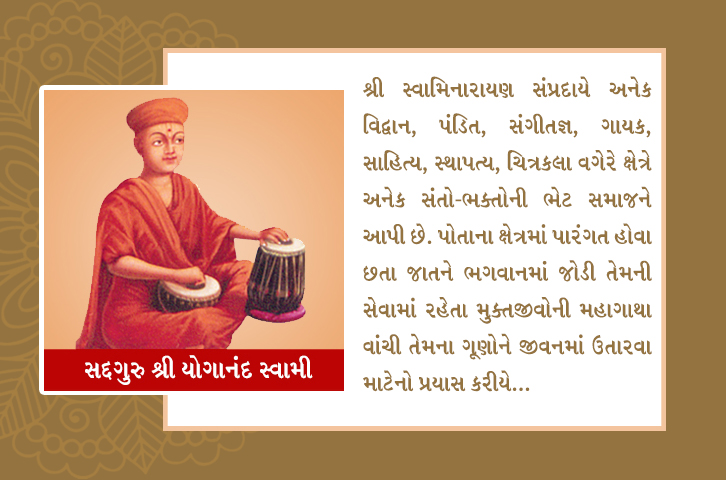 The other Yoganand Swami was skilled in philanthropy. Whenever he used to go to Ghadgad, he was blessed by bathing in his Bhavnavav, while praising Bhakti Prakrishna.

Shree Yoganand Swami had attained the status of reverence among the favorite singers of Shri Lahiri. He was the achievement of his songs sadhana. Even today, with glory, Shreeji is worshiped in the circle of contemporary singing saints. However, there is no specific information that can be said about "idmotham".

But, as a singing saint in the Mahapur, his establishment and worship is so evident that he was a good singer saint. Varanan on this saints foot, who gave life to a saintly person as a singer.