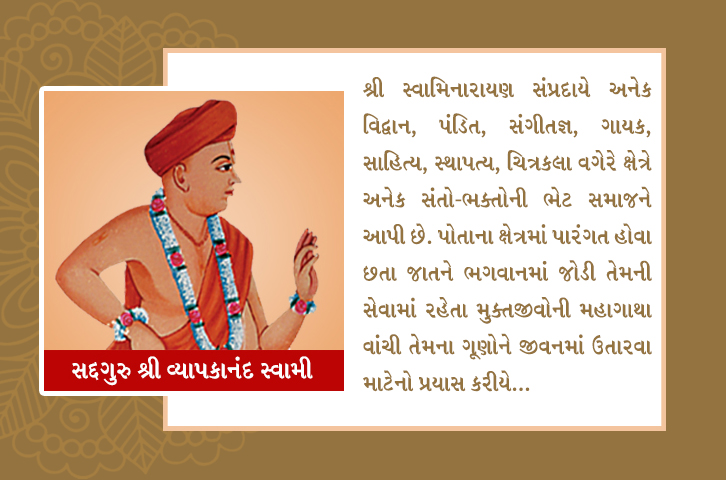 There is no doubt about the existence of God in this world. That is why Dwarka used to go to the shrine to leave the house and take a vairagiri cloak to make an overview. There is news of thousands of kilometers of pilgrimage coming down. "Vrata Rajan Ramanand Swami is a true God." Amrit poured in the ears. The power of the feet came, the jats reached the hurricane, but the shocks were shocked. Even after coming to the foot, it was 14 days late.

Then the sadhu took it to Shitaladas, with the initiation Mahaprabhu,

The name is broadly based on the name of God, the Supreme Being.

The East of the East pronounced the door of fate. Dhadadhad went on achieving one yoga achievement and became the most capable saint; It was a fervent affair of Lord Pratap, who had found many hard work.

This Bhaav Sundan Swami survived the darsharihimir khatchar ka Ghot of Botad. The Muslim ruler punished one crore rupees for the wannar of Lucknow. And if he can not fulfill his duty to become a Muslim. When he is ready to commit suicide, there is Darshan of Bhaastanand Swami. He used to explain Vani Ram in the month of Lord Swaminarayan. Shreeji Maharaj himself filled the penalty. This capable saint went to the people of the hungry men and offered the arrival of Srihari in this universe. This Aishwarya Sadh Sanstha, living in the ears of the dead son of Brahmin, who had eaten at home, said, "Swaminarayan" as a Mahamantra.

Cotti Cotti Vandan is one of the powerful saints.