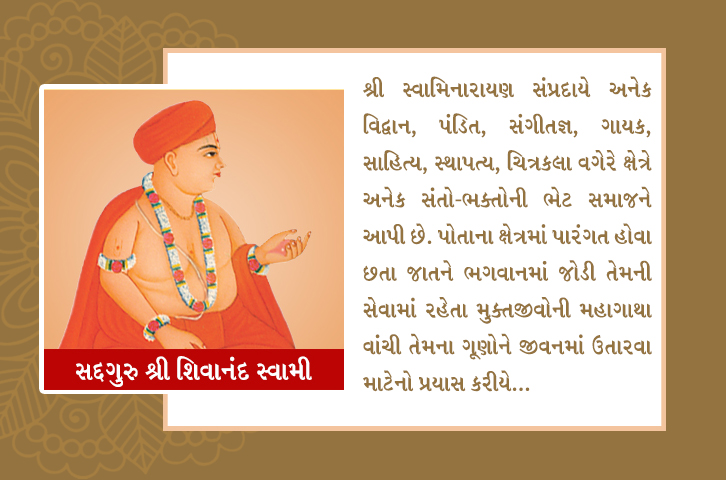 Shreeji Maharaj took the initiative of initiating the tremendous transformation of the Tarjuna with many faces, and took five hundred parmesans. Who was adorned as Shreeji Maharajs fourth rotating divine constable. Many of those who were confused by the dignity of their good deeds and sadhauts. In the society, the worldly life of the world is touched by the sincerity of the human being, and the identity of the true God, and the color of new devotion in his life is sufficient. Shivanshad Swami was also one of the five hundred Paramsaha.

When Shreeji Maharaj made a big food cooker in the Varanasi, the devotees of the village started worshiping the Vartal and worshiping the devotees there, the devotees praised Sriharri. In it Shivanand Swami praised that "Hanath! All your actions like Moksha idol are kalyan kari, jai and defeat is also Shreyaskar. It is also creditworthy to uproot someone else. By understanding this, I am about to approximate your age.