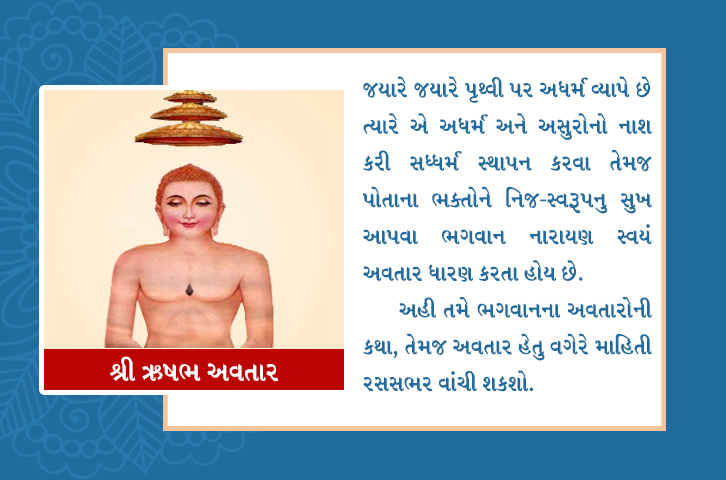 Astrologers who have been able to satisfy the childs future curiosity told the navel that this child is an avatar of Vishnu. Amazing divine virtue is the emperor of wealth. The delighted Nabhi is very happy to hear this from the inexhaustible treasure. The childs odds shine when he is playing with child-watching and learning.

One day, this Rajkumar gave Rishabh a glorious speech and a cunning intellect and placed him on Yuvrajs post. Raja Nabhi was also a beloved and clever man of justice. He gave a good time to the self-realization and gave it to Raj Yuvraj and took a look at the forest.

Lord Shree Rishabhdevji arranged the first statewide education to the throne. Vishnu received the Vishnu in the first king of the earth for the first time. He opened all his stores. Hariyali Revolution Surajani from Heaven in the State of Rishabhdev Indra stopped the show to maintain the glory of the heavens, but when the revolution of the earth remained unconcerned, Maharaj asked Rishabhdev for forgiveness and offered his own birth anniversary.