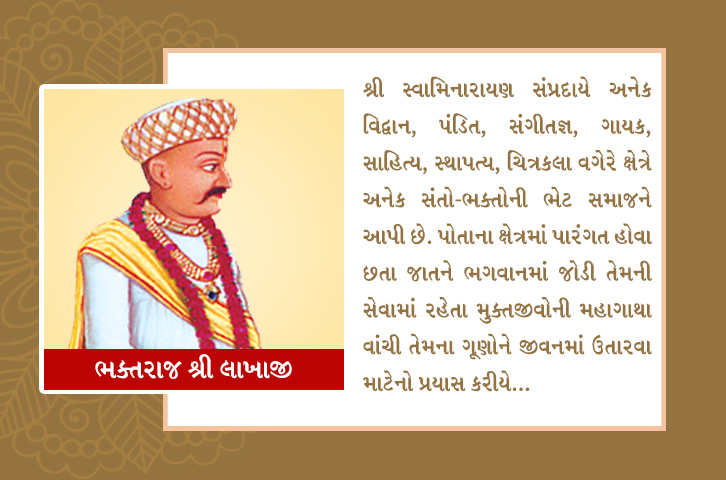 Shreeji Maharajs Parivani has become a devotee of many saints and devotees. Seeing the goodness of others, the other person is also a witness or a true devotee. There is no such thing as Many people who have become very scared and become saints and devotees. The Satsang Vitika has always been like this.

One such devotee was a lakha Bhagat. They were originally of Gadadhana. Since childhood, the Bhagavat was the love and valor. The nature was naive, simple and quiet and serious. Shreeji Maharaj was recognized and became a dependent of the true understanding.