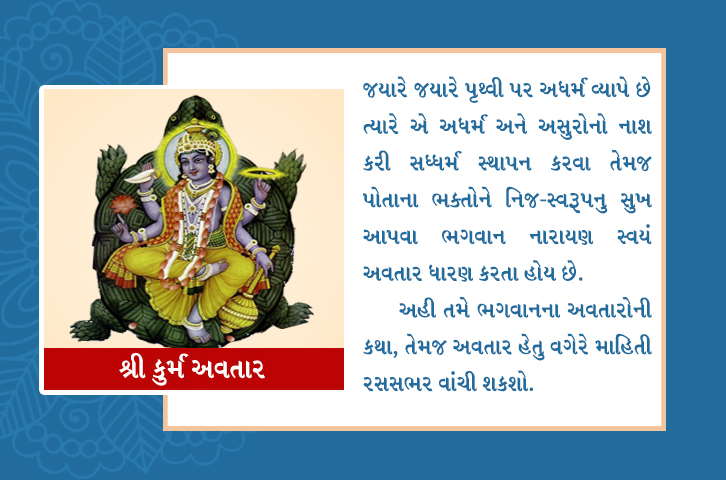 Aishwarya of the debt-ridden Indra invited the ego and the ego brought it along with the destruction. Dushwas, who was delighted to see the ride of Indra going to stroll in heaven, threw the wreath of Paradise into Indra. The egos cataract has come in the eyes of Indra. He put the wreath on the head of Iravra. When an elephant trampled under the trunk, the mistrust struck the cursor and cursed him. Whatever you have been blinded by the spirit of Lakshmis Aishwarya, be completely destroyed completely.

Devas made a treaty with selflessness ashrasura. And while placing Mandarachal as the head, Vasukis rope was wrapped in a wreath, while Mandrachal started drowning in the ocean. When the gods went to surrender to Narayana and prayed, the Lord took the form of a patchy Kachchp (turtle) of one lakh, and placed Mandrachal on his back. As a result, the gods succeeded in churning the sea. Gradually, fourteen gems have been attained and they are happy.

Thus, the kurta (incarnation) incarnation was only to help the gods.