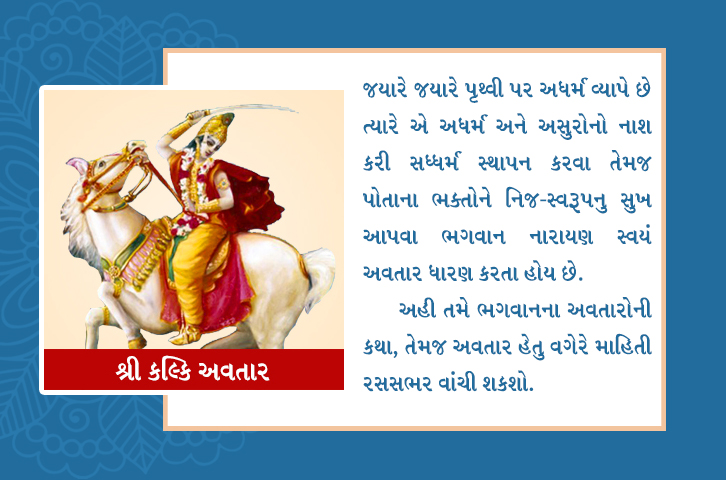 At the end of this deadly Kaliyug, according to the promise of Shri Vishnudhudeva Purana, a devotee named Vishnuish, who is holy in the village of Shambal, will be known as God Shree Vishnu Kalki to bless the Brahmin family.

All the features of Kali Yuga, described in the Bhagavaddagi scriptures, will be manifested. Rishis Virasatasamasra Shree-mantra series will collapse. When human society becomes impoverished, unaffected and vulnerable, God will adopt the basis for the transformation of the world. He will take the name of Kalki and will take away the destruction of the Asuras by riding a horse named Devdatta. After this extermination by them, when the series of creation goes further, there will be more Satvik people and Satyuga will start.

Thus, Lord Vishnu will come into selflessness by acting as a transformation.