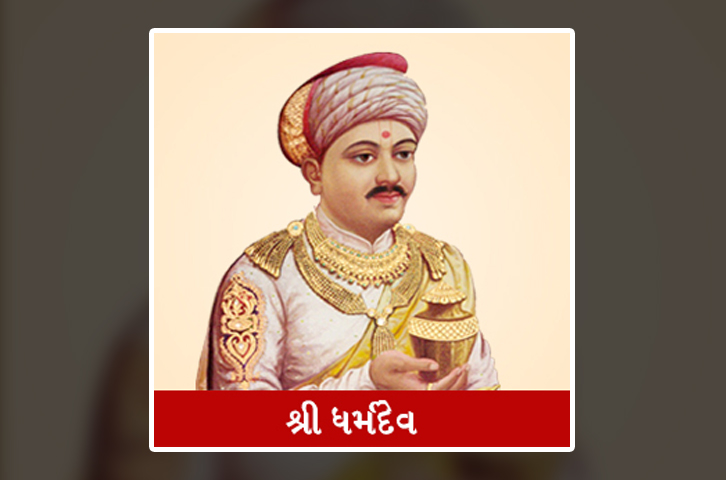 Pran Pyaara Ishtadev was the father of God Shree Swaminarayans father Dharmadev, followers of Uddhav sect. His original name was Devsharma Pandey. He was born on the Vikram Samvat 1796 Kartak Sud 11, in the village of Itar in northern Hindustan, by the birth of mother Bhagyavati, in front of Samvadi Brahmin Balsharma.

Father had planted seeds of eternal Vedic culture in his childhood with Ladkod. He was the founder of all the religious texts of Hindu culture, the result of which, as a result, the life of the child became corrupt, so people preferred to call him Dharmadev. He did not bind the Gnan to his wealth as his property, and his four-cornered fame spread. As a result, Krishna Trwadi Holy Brahman handed his daughter Balak Dev to the Dharmadev.

On the insistence of Krishnasharma, who went to take Chapaiya Kidnand, son Hariprasad went to the house only. The holy spirit of devotion devoured the gods to be born on earth. First of all, in the first conflict, he appeared in the form of a son and filled the religious courtyard. Seeing this, oils returned to the stomach of pre-recurrence. As an attempt to relieve the suffering of pains, Dharmadev left Chhapaiya and accepted Ayodhya as a homeland, but the Asuras failed the effort. He remembered his fathers promise, "If you feel hurt, worship Hanuman."

Celebrating Maruti every two months continuously following all the rules of adoration. According to the indication he made in Vrindavan, he created a chain of devotees along with numerous rishis born of the curse of Dervasas and gave a boon to Prakrutta Shrikrishna as a son to be manifested as Chapayya. Happiness and prosperity - Aishwaryas disciple community has already been present in the service of Srihari. In time, on 1837 Chaitra Shukla 9, Sahajanand sunrise at 10-10 pm in the night. The Supreme Prabhram started playing as the son of Lord Dharmadevs sadhna.

By achieving immense bliss from Shree Lahiris son-in-law, he came in contact with Vishwakarma, who, through his loving kindness, attained the realization of his nature. 1848 Jeth Vidha Chausa becomes free from the scourge of devarasa on Friday.