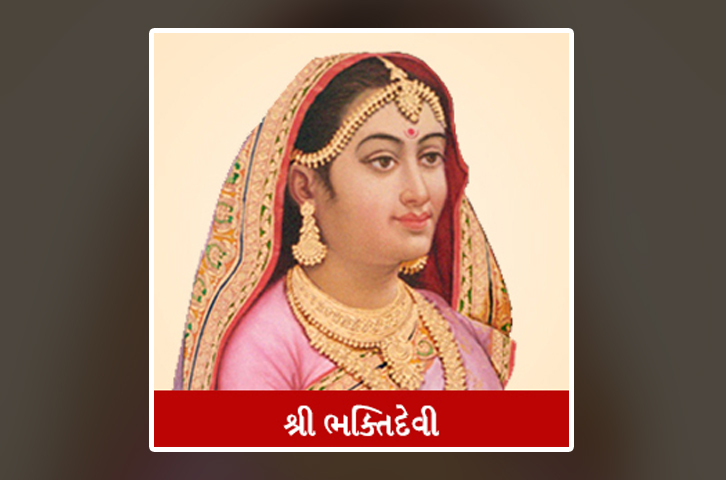 As long as the sun and moon are there, the granthists, the speakers, the mother of the saint will sing the devotional devotional devotion. Because he has the pride of becoming the survivor of Sri Lahiris "mother". Mother Bhaktivedi was born on the day of Kartak Sud Poonam in the year 1798, in the village of Shepaiya, in the courtyard of Krishna, Maa Bhavani. His childhood name was idolatry. By thought, speech and behavior, idol worshipers are different from ordinary girls. In Chhapaiya streets, there was more interest in sitting in the temples and living in the halls. His place of worship is made up of the land of Chapayei, which is going to become selfless in Chhapaiyya.

Will this daughter of goddess be given a suitable home? God willing to end this confusion; Its even more pleasant than expected. Idol talent such as Shree Devsharma (Dharmadev), the son of Balsharma of the family of idol Itar It is taken with an accomplished scholar. After completing the marriage ceremony, Dharmadev became home with the request of the mother of the idol of Lord Vishnu.

In the streets of Chhapaiya, the goddess of Dharmadev began to develop revolution. The husband and wife quietly worship God rather than living life. Over time, Ram Pratapaji was born in the form of an incarnation of mother worship. Due to the glorification of Dharmadev and the revolution, Kudya Koodya began to mislead the people of Dhuddevs family. Sheikh and the conduct of the holy family, in front of such unrepentant people to beggary solicited. Then Bhakti devi was filled with gratitude. This goddess cried as she said her husband before her husband, but she knew that nature was knocking on the ground.

One day, there was a sunny day in the life of a mother who was surprised by Brahma. On the night of Vaishakh Shukla Ekadashi, the couple and the Rishis promised to manifest in the form of a child Shrikrishna Chandra. Kirtimati mother, goddess Hanuman, gave birth to a second son, on the night of Chaitra Shukla ninth on the night of Goddess Durga. The only son of Bhaktivedi is our devotional child, Shree Ghanshyam Maharaj. Sub-pain pain medication has been found.

Where is the effect of Parabrahmas action? Lakshmi himself came to this family and settled with the childhood lover of the childhood, and sometimes the devotees of Divine characters, the devotees of the devotees, started worshiping the Lord by forgetting the misery. There, too, when they went to Ayodhya after the heavy annoyance of the Asuras, their son was born as the third son, Mr. Ichcharamaji, though he had some supernatural love in Vachat Ghanshyam. After giving happiness to various childhood children, Shree Swaminarayan Maharaj gave a hymn to Mother Bhaktidi and illuminated Akshardhams divine vision and gave a sense of self-realization. He also provided free from the scourge of dishonesty.