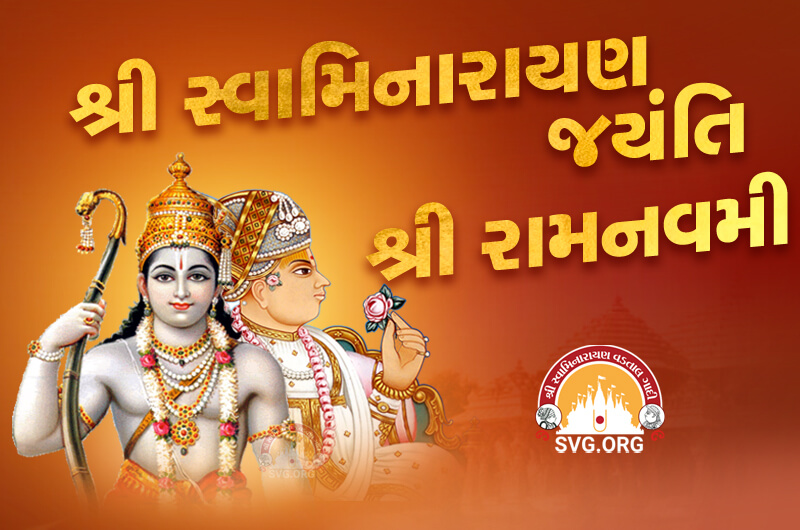 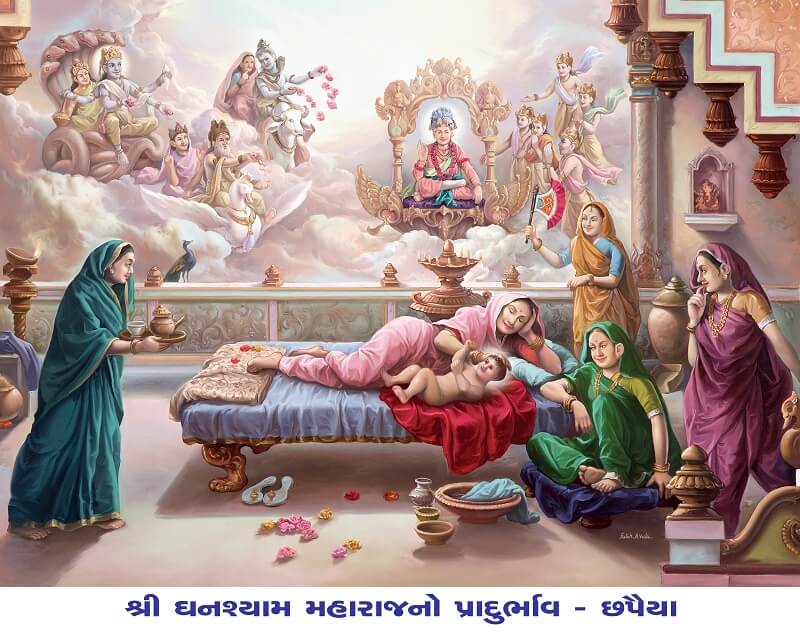 As described in the prominent Hindu scriptures of the Indian subcontinent, when demonic forces began to dominate the society with untruth over truth, dishonesty over honesty, immorality over virtue and devil over sage culture, Shri Ram took birth to destroy them. The time of birth was twelve o'clock in the afternoon and the tithi (date) was Chaitra Sud 9 (9th day of the lunar cycle to full moon). This day when Shri Ram was born is widely celebrated even today as Ram Navami, everywhere from North to South and from East to West. Ramnavami reminds us not only of the life of Shri Ram but also of a son who faithfully performs the duties towards his father, mother, guru, wife, younger brother in addition to performing duties to family and society as well and lived life as Maryada Purushottam who was a Purna Purush (A person possessing all the qualities).

Ramnavmi is Hindu festival coming during spring, which is the birthday of Bhagwan Ram. Being the seventh incarnation of Vishnu, it is an important festival of Hinduism. This day is celebrated in many places by reciting Ram katha. People go to Ram temple for worshipping (Pujan-Archan) or even worship at home. Seva-puja of Ram's bal murti (baby idol) and darshan of his cradle (Parnu) are also done and many people also fast on this day.

He studied the scriptures of Hinduism at the age of seven and became an expert in it. He left home and travelled about 12,000 km on foot in the forest and visited pilgrimages all over India. He received Diksha from Ramanand Swami at Piplana on Agiyaras (Eleventh day of lunar cycle) of Karthik Sud in samvat 1857 which was 5th October 1900. (this date does not match with the birth date, according to this date- Bhagwan was 119 yrs and 6 months old at age of Diksha-- please check)Ramanand Swami gave Bhagwan two names: Sahajanand Swami and Narayan Muni. Ramanand Swami handed over the Gadi of Uddhav Sampraday to Bhagwan. Sahajand Swami gave Swaminarayan mantra to his followers and became known as Bhagwan Swaminarayan and thereby Uddhav Sampraday became Swaminarayan Sampraday.

Bhagwan Swaminarayan constructed Temples so that the pure form of worship remains intact, and the path of Moksha (liberation) remains open for people. For the purpose of administrative simplicity of the whole sampraday, North and South sections were made in India based on projections from Calcutta to Dwarka and established Narnarayan Dev Gadi in North section (Uttar Vibhag) Ahmedabad and Laxminarayan Dev Gadi in South section (Dakshin Vibhag) Vadtal Adopting his two nephews, he appointed Shri Ayodhyaprasadji Maharaj as the Acharya (Head Position) of the Ahmedabad Gadi and Shri Raghuvirji Maharaj as the Acharya of the Vadtal Gadi and made Vadtal the main center of the Sampraday.

By creating Shikshapatri and Desh-vibhag Lekh, rules (Niyam) of behaviour (Vartva na niyam) were given to the followers (Ashrit). Under the leadership of Acharya tradition of Vadtal Gadi, Shri Swaminarayan Sampraday has been slowly making continuous progress in India as well as abroad.

In the Acharya Parampara (tradition) of Vadtal Desh, the seventh heir in the direct line of Bhagwan Shri Swaminarayan is current acharya P.P.D.D Shri 1008 Acharya Shri Ajendraprasadaji Maharaj and as his successor P.P Shri 108 Bhaviacharya Lalji Shri Nrugendraprasadji Maharaj.. Under his leadership, religious works like construction of temples, Katha-Parayan, Utsav-Samaiya are carried out in the country and abroad. In the same way, with his command (Agnya) - blessings (Ashirwad) and under the guidance of Nana Lalji Shri Pushpendraprasadji Maharaj, Yuvak Mandal (Youth clubs) are created in numerous villages of the country and abroad. Through these Yuvak Mandal activities such as flood relief work, earthquake relief work, blood donation, eye donation, Dehdaan ( organ donation) camp, cleaning campaign, tree planting, free hostel facility, educational assistance, notebook distribution, blanket distribution etc. are carried out along with the overall development of the youth.