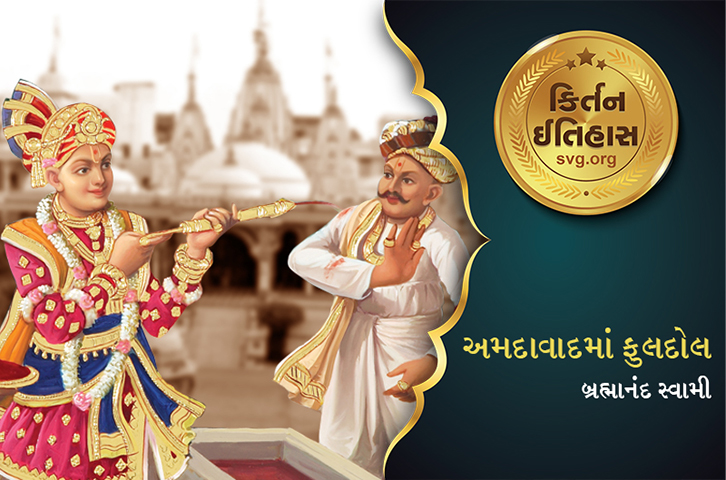 Shree Lahiri has ordered to do the tithi when Lord Narayanayana Devs Faldolotsav is the Northern Falguni constellation. This is the occasion because the birth of God was not in the form of death. The uniqueness is that the devotee or BrahmaDa Devta, the devotee, had defeated Birajit Naranarayan Dev in the foddola. At that time Brahma Muni assumed this position. Dwivedi Bhatat, who appeared in the first place Pragat Bhayi Dwir Badripti second position.

Dharma was the house of Rishi Kutthal - Dev Suman Barasat

Non-violence is a fundamental problem

Brahmananda says that the soul is not crossing the path ...

All the devotees of Lord Vishnu requested the devotees to devote their flowers to the flowers in the flower room. They said that this is the only way we can change our mind. Naranrayan has rendered dark complexion of God in Dola. All devotees shake hands. The gods also carry God with silk lead. At this time, after giving a glimpse of Shri Narnarayan as Maharaj, Naranarayan said that Brahma Muni has created the story of Prasadi on the same day as Darshanidvati, who has given Darshtadvati a meaningful decision. Shree Lahiri Zule, in Ahmedabad, got burnt, after the devotees shook the color. The history of which itself was present at that time. Beautiful grand narrator Kirtan Swamy sang Lets celebrate the festival interesting, interesting and interesting.