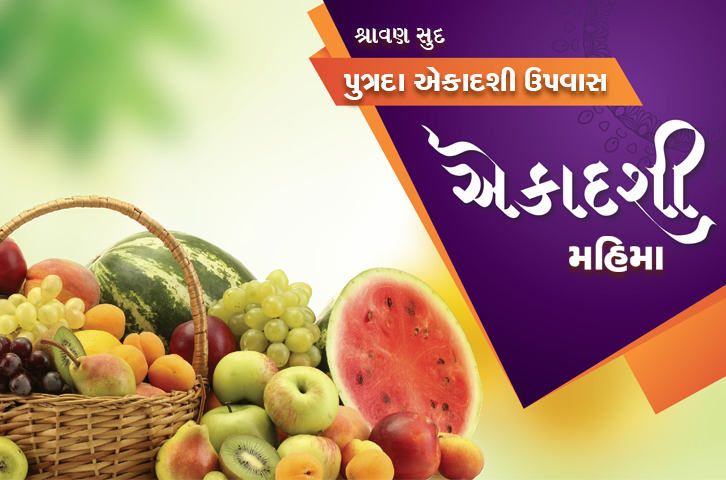 As per Bhavishya Purana, once, there was a ruler named ‘King Mahijit’, who ruled the powerful Kingdome of ‘Mahishmati’. Though having all the wealth and prosperity, king always was worried and unhappy as he had no children. He sought counsel of learned men, sages (rishis) and Brahmins (priests), ultimately reached the omniscient learned Rishi Lomesh. In meditation, Rishi found that King Mahijits misfortune was a result of his sins in his previous birth, he told that Mahijit was a merchant in his previous birth. Once, while travelling on business, the merchant became extremely thirsty and reached the pond. There a cow and her calf were drinking water. The merchant drove them away and himself drank the water. There was his Sat karma (good deeds) which made him King in this birth but also Paap karma (Sin)has resulted in his childlessness. Rishi Lomesh, then, advised the King and the Queen to observe fast in month of Shraavana on Holy day of Pavitra Ekadashi to get rid of his sin. [ ‘Pavitra’ means to get pious, get rid of sin]. As advised, the royal couple kept a fast and offered prayers to the god Vishnu and kept vigil throughout the night piously chanting his divine name. They also gave gifts of gold, jewels, clothes and money to the Brahmins. Their wish was fulfilled when a handsome son was born to them to subsequently become the heir to their kingdom. The legend about Ekadashi is narrated by the Bhagwan Shree Krishna  to the King Yudhishthira . This Ekadashi is also Known as Putrada Ekadashi and Pavitropana Ekadashi. In this Ekadashi vrata, puja of Adhishtata Lord Sridhar and his wife Kantimati with lotus flower, also offering Malpua( Kind of Sweet) in the offering ‘Sitafal’ (custard apple) as Arghya and donating paduka(Footwear) has the special glory as shown in Srimad Satsangijivan. Apart from this, the tradition of offering special Pavitra (made of cotton thread) to the Lord has been going on since time immemorial. According to the scriptures, on the day of Pavitra Ekadashi, the Lord fulfills the devotees by accepting the offerings from the devotees with different Spirit of faith.