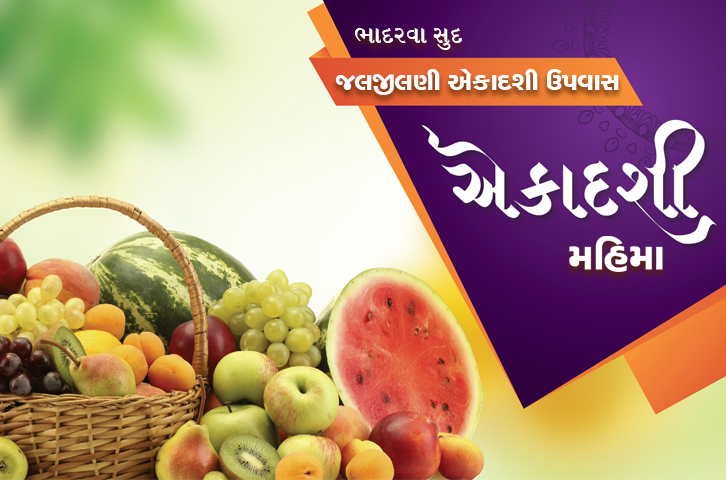 Lord Shri Krishna said: "Jalajlani Ekadashi Bhadarva Ekadashi Jayanti Ekadashi and Dwaman Ekadashi are also celebrated, the Ekadis turn the Lord into Vishnu differently, so it is also called Ekadashi of Transformation and you listen to what I tell you about his story.

Before, a demon named Baliraja happened. It was meant for serving Dana, Satyavadi and Brahmins. He used to meditate on meditation, sacrifice, home, havan and worship. He was my devotional devotee and used to worship me, as the result of his devotion, he attained the kingdom of heaven, because he was the enemy for the gods, the deities appealed to me to give me his torture, so I had to deceive him.

I went to ask him to begged at his courtyard. I asked for a three-storey earth and asked him to give it. I took my form of Viraat. My feet are in flames, thighs in Bhuvan folk, waist in heaven, in Pat Mahalok, heart in the world, in Katha tapolok and happiness in truth! All the Gods were praising me in the form of this form. When I measured one trillion from the earth and the other with a coat, I asked them to put a third step.

Then my holy devotee put his head on my feet and said, "O King! Put your third pillar on my head "and I put my feet on his head and I took him to the abyss. Then he came back to me. Then I said, "O Rajan! I am very pleased with your blessings. Whatever you want it to be. "

Then Bali Raja said with his hand: "Rajan! I will be with you all the time. "From this day on the day of Bhaadarva, on the occasion of the eleventh day, one of my idols is in Baliraja and in the second place, O king of Dharma! I have done this work on the day of the holy Ekadashi, and I am blessed with the blessings of thousands of Ashwamedha sacrificers for the devotee and his devotee. On this Ekadashi day, the donor, sage and rice donor go free from the total sins and go to heaven.