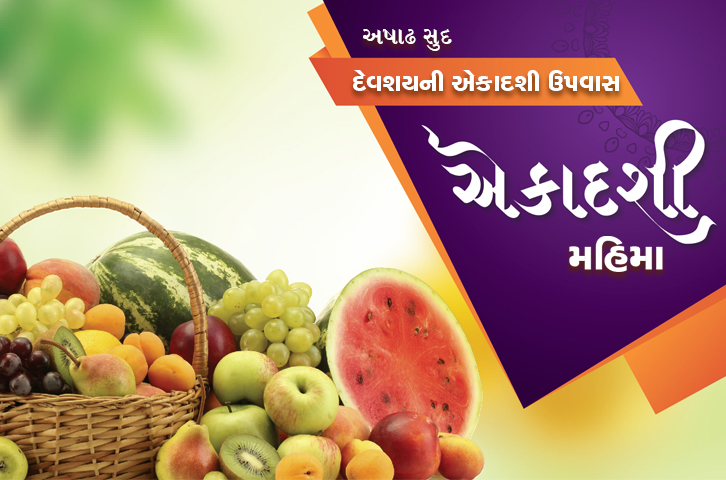 The name of Ekadashi, which is part of the Shukla party of the eleventh month, is called "Ishyaani" or "Devopody" Ekadashi. I am describing it, which is a great, full-time, heaven and moksha, which is the best and the best of all sins.

In Ashdh Shukalpaksha, on the day of Goddess Ekadashi, who has performed the best of Vishnus Pujan and Ekadashi from the flower of lotus, it is similar to worshiping three people and three eternal deities. On the day of Goddod Ekadashi, I live in Balinese, a form of king. And secondly, the bed of Shishnag falls into the sea, till the next kartak is not a single day.

Thus, human beings from Shukla Ekadashi to Kartak Shukla Ekadashi. Especially should religion be practiced. The human beings who perform this yatra are blessed with the absolute power. Therefore, this Ekadashi should be vigilant. Shree Vishnu should be worshiped by awakening at Ekadashi night. Brahma is also incapable of counting the Puran of the person doing this. Those who worship this venerable vow

Even if it is a clan of caste, it is always my favorite in worldly life. The human beings who live on Deepan, Bhiwana leaf, and Monsoon express their blessings, they are my favorites. In that month Lord Vishnu yoga sleeps, so human beings should sleep on the ground. Dosage should be discarded in yogurt and carrot in vegetable and milk in the Shravan. Or in the month, the one who abides in brahmacharya is blessed with parmagati. Rajan! Human beings get rid of all sins from Ekadashis vow. This should always be vow. "

"Devpodhi and (Kartik Shukla) are among the Gods of Ekadashi in the midst of the rising of God, it is appropriate for the household to keep the same vow. All the Ekadashi of the party should be vowled for not being able to keep vows for the other months Krishnakshi Ekadashi house. "