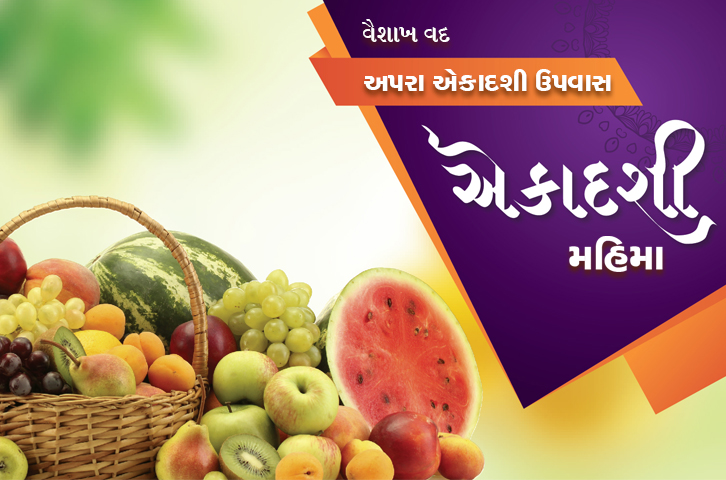 Yudhisthir asked: "O Lord! What is the presence of Krishna in Vaisakh month? I want to listen to her greatness. "Shri Krishna immediately said:" Rajan! You have to ask a very good thing for everyones interest. Rajan! In Vaishammas, "Apra" Ekadashi comes in Krishna Pax. It is a very destructive and destitute mind that destroys demons. "

"The one who kills the Brahman, the murderer of the grandson, the murderer of the pregnant, the paranidak, and the lustful man of the womb also becomes immersed from the abode of Apra Ekadashi. Who gives false witness. It is a betrayal in the metallurgical way, without knowing the constellations.

And with the knowledge of Ayurvedic knowledge, Ayurvedic works as a physician. All of these are hell-bred animals. But by the influence of the authority of Apra Ekadashi, it also becomes sinful. "

If a Kshatriya disagrees with his abhorrence, then the Kshatriya, being corrupted by rituals, leads him to hell. By receiving a disciplined scholar, he condemns himself. It also falls into a fierce hell from mahapapo. But even with the vow of Apra Ekadashi, such sinful humans also receive Sadhgati.

When the sun is situated on the peacock, the meritorious person who performs baths in Prayag, who receives the virtue of Shivratri from Kashi, who is receiving the merit, and the person who gives satisfaction to the paternal aunt, who is situated on Jupiter Lion The fruit that gets purified in the Godavari baths.

By worshiping the Lord Vaman by fasting Apara, human beings are free from all sins and are revered in KrishnaLok. This reading and listening gives the benefit of the Sahaadha daanadana.