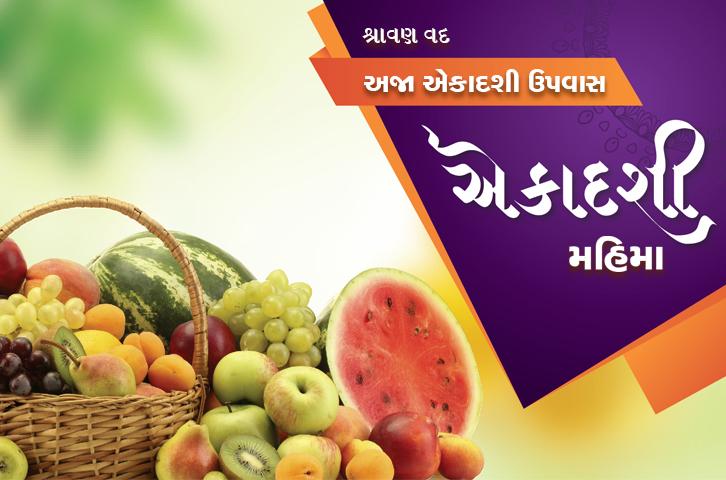 The name of the Ekadashi of the Shravan Mas party is "Ajaga". All those sins are considered to be destroyed. Lord Rishikesh is worshiped and his vows do, all the sins are destroyed. "

In the past, Harishchandra became a famous king. He was the master of truth and truthful. Once one has attained the fruits of karma, he has to leave the state. The king sold his wife and son. Then sold themselves too. Even though he is full of spirituality, he has to make a confrontation with the clan. They work to take a cocoon of curry.

Even after this, the eldest Harishchandra was not disturbed by the truth.
This is how many years have passed since the slavery of the Moon. So the king was very worried. They began to think very sadly. "What to do? Where to go? How can I be raised? "In this way they are submerged in the ocean of grief.

Knowing that the king was mournful, some Muni came to him, who was Maharshi Gautam. Seeing the best Brahmins coming to them, they bowed down to their feet, and together with their hands, stood up against Gautam and told his sad story. Gautam said, listening to the kings talk.

"Rajan! In the month of Shravan, Krishna is receiving a very well-known "Aja" auspicious name. It is a complete offer. It will end your sin; it will end your sin. Today, on the seventh day there is Ekadashi, fasting on that day, keep awake at night. "Maharishi Gautam said, thus disappearing.

Raja heard the matter of Muni. The best way to do it. With the influence of this veneration, the king got rid of all the misery, and he received the wife and son again. The sky rises in the sky. Due to the influence of Ekadashi on the occasion of flowering of flowers from the Devlok, the king was re-elected. And in the end, they got the Swargalock with the sufficiency and the destiny.

Rajan! A person who vows "Aaja Ekadashi" goes away from all the sins and goes to heaven. Reading and listening to this is the result of the Ashwamedha Yagya.