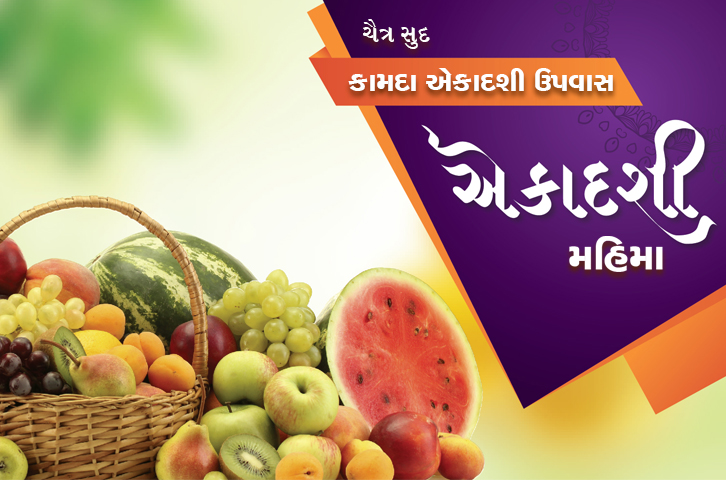 According to this story, one Mahash Ekadashi should not eat food according to the purported "Ekadasan hainey jayat baat jayyabayoripi". From the day before the vow of this day, one should eat any thing made from mung or barley or wheat. The next day, on the day of Ekadashi, one should get upstairs and take bath with bathing after being rested from different tasks. For this purpose, meditate on this mantra of "Mama Akhilpapadamay Pethitikamanya Kamada Ekadashi Vrat Karat".

This means that God will vow for the purpose of eliminating all my sins and the desire to live happily. After that, establish the statue of Lord Narayana in Palan and worship him with ardent incense, Deep, Akshat, etc., worship Uran and Shravan. Make a vigil for the whole night and celebrate it with the bath on the second day. Just be quick in fasting.

Kamda Ekadashi scripture was earlier used by Pundarik Nagaraja in the name of the city named Bhogavati. Gunnarva, Yakshas, ​​Apsara and Kannars live in their service forever. In that town, the Gandhevi named Lalit and the Gandhevi lived in Lalit. She was both husband and wife They both were very impatient in one another. Both loved each other very much. Once upon a time Pundariks song was sung by a fine song. Suddenly he remembered Lalita. So he started making a mistake in the songs. Know the location of his mind the name of the name of the Karkotote. He told the Pandit king about the mind of Lalit.

On hearing this, the Pundarik king got angry. He immediately cursed Lalit, saying, "O Papa, O Kami, you become an instant monster." Lalit Mahabhaiyankar became a demon when he heard the curse. It looked like the Himalayas, its color like a black coal, its reddish eyes, and Bhalbala was scared. Seeing this, Lalita was very sad. It was night and day that she started going back to Lalit with the idea of ​​bringing her back to her original form. It was enough to eat a pitchers stomach that was found in front of an elite demon.

Both of them reached the circular mountain on the moving hills. There he saw the ashram of Rishshring Muni. He went there and bowed his head with gratitude. Said his witch. This hearing is called the Chaitra Sud Agiyarash, which is known by Kamda Ekadashi, by the Sea of ​​Kindness, Rhesusing Muni. He told them to do so. Both of them came from Chaitra Sud and stayed with them for a lot of time. He offered all his virtues in the feet of Lord Vishnu. At the same time, the form of Lalit became even more divine than it was earlier.

Lalita also looked like an Indrani. After this, they came back to the town named after us. Pundarik was happy to see them. He listened to all the annals and took the service of Lalit. What to do today is to live a very modest life. Control the mind and the intestines. Fasting Holding Lord Vishnus clove in vain. The fruit of the Vritta: The eternal death of this Ekadashi man is burnt. The child is born to his offspring. Mind of mind is beyond.