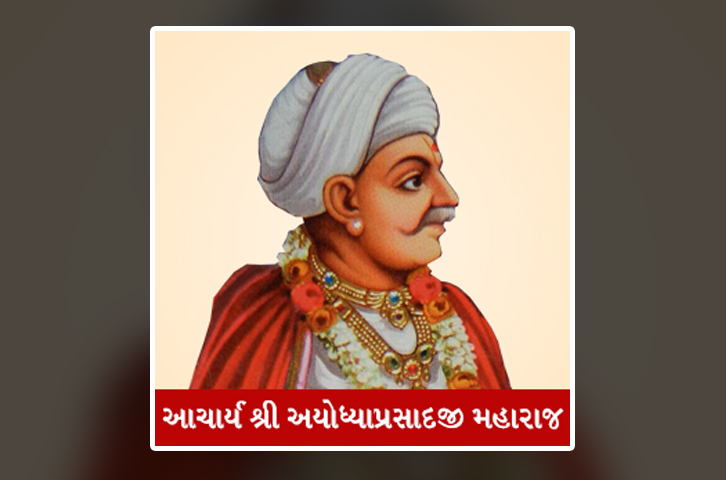 Lord Shree Swaminarayan accepted the title of Acharya from his initiation guru Shri Sriramandanswami, after Uddhav sects Acharya position, after which the divinity of devotion and worship of devotion spread everywhere. Spiritual atmosphere created by the vision of Mahabirbhav, the Vrakhtari, and the Gnan flow, which "Satsang" was acclaimed by all the Greek symbols. The work of this satsang was established by Shri Shree Hariyi, who made high administrative arrangements that would move in the human body, thereby creating an administrative system. Under the plan, the whole country created two divisions, north and south of India, and established two principals for the care of two countrys administration.

Pujya Maharaj Shree was quiet, creative, resigned and plain. Equity and intimacy with each and every senior of every family. Maharajshri was an extravagant person in kirtanbhakti, so he himself created kirtan. Many of his kirtans are present in the literature of Swaminarayan sect. Maharajshri joined Bhagwat Swaroop in the villages and cities as well as devotees in the satsang by kirtan devotion.

He was a good scholar. He created Sanskrit Pathshala in Ahmedabad so that the scholarly saints could study Sanskrit scriptures so that they could study Sanskrit scriptures. Maharajshri had attained enlightenment in Gnan by studying Sanskrit and other religious texts with deep knowledge of Sanskrit language. Therefore, in this direction, Maharajshri created "Shreeghanshyam Lelitrasagar" written by SG Ravindranath Swami. Satsangijivan Granths Sanskrit commentary "Tatvadardipika" In the temple of Amadava, the mansion has been constructed. Besides, Dungarpur, Jaitalpur, Idar, Siddhpur, Mandvi and Chapaiya have made a reputation in the temples. In this way, Satsang has progressed in the Akshardhda, in the year 1924, sitting in the meeting of the Mukta Sabha.